Like many Canadian retailers, Kitchen Stuff Plus complies with the Scanner Price Accuracy Code, a voluntary measure adopted by the Retail Council of Canada in 2002. If a customer notices a discrepancy between the shelf price and the price scanned by the point-of-sale system and the item costs less than $10, compliant retailers will give the item to the customer at no cost. If the item costs more than $10, the retailer will issue a $10 coupon.

As such, it’s important to ensure signs and marketing materials reflect accurate prices. Several years ago, however, Kitchen Stuff Plus was finding that difficult.

As the Toronto, Ontario-based retailer grew — it now has 27 locations that offer some 10,000 products, as well as holiday pop-up stores — management knew the challenges would multiply. At each location, employees change dozens of prices each week, and also price new merchandise.

IT Director John Thompson and his team needed an efficient way to consistently produce accurate signs that tied to the POS system. In addition, signs and other marketing materials across all media, channels and stores needed to provide a compelling brand message — in a cost-effective way.

Kitchen Stuff Plus turned to ECS Global Inc.’s Enterprise Communication Suite to synchronize messages across channels. The system extracts and processes data from multiple corporate systems, including merchandising, supply chain and others, and creates a library of signage templates. The templates can then be used to produce promotional print and electronic signs, shelf labels, billboards, print and television ads, and other marketing materials.

Without this type of system, the communication and the target audience often are not joined up, says ECS CEO Derek Buchanan. Pricing, product and other information can be scattered across multiple systems, and trying to synchronize it all means “lots of cost, lots of duplication and lots of inefficiency,” he says.

He and his team began working with ECS about eight years ago, with a goal of communicating the Lakeland brand in a consistent and compelling way, and to enable the buying and merchandising teams to centrally manage prices. Lakeland uses a cloud-based version of ECS’s Enterprise Communication Suite to support its stores in both the United Kingdom and Middle East.

“It’s very efficient” for initiating price changes, Marshall says, allowing Lakeland to devote fewer resources to this function. And because the templates are controlled by corporate departments, “we can maintain our brand standard centrally,” he says.

With the latest release of ECS, Lakeland can handle many of the changes it might make to its template in-house, rather than engaging ECS professional services.

ECS “brings together all of the various data sources so you keep your information in one place,” Buchanan says. It’s also international, multi-lingual and scalable.

Like Lakeland, Kitchen Stuff Plus’ use of ECS continues to evolve. Thompson says the company started using ECS to print prices on shelf labels; later this year it will use the pricing database to print promotional digital signage. As Kitchen Stuff Plus grows throughout Canada, it will deploy the system’s ability to communicate in multiple languages, adding French to its English repertoire of signs.

Most ECS engagements start with a retail efficiency survey, Buchanan says. He and his team spend time with employees from various departments, including IT and store operations, as well as with store employees. They’re looking to understand where the repositories of prices and product and other information are located.

The team then determines the best place for the information to reside — is it within the retailer’s enterprise resource planning or other system, or within ECS’s content management system? The goal is to house the information within one place.

Once the locations of key price and product information are mapped, the location in which this information should exist is identified and the business rules are outlined, the average implementation runs about 12 weeks.

Lakeland’s implementation largely focused on transmitting price information and history from the company to the ECS system. “It was a process that took weeks, not months,” Marshall says.

As part of the implementation, ECS also identifies triggers that should lead to a specific action. One example would be a scheduled promotion that will lead to price changes. With ECS’s business rules engine, a retailer can apply logic to communicate any changes — say, a discount on certain products for a one-week period — to the signs or other materials being produced, as well as at the register. “We identify the triggers, and what needs to happen when those triggers take place,” Buchanan says.

As a result, the ECS system enables accurate, consistent price and product information and branding. Customers see a clear, compelling message. They can trust the price they see on the shelf is the price they’ll be charged. Retailers don’t have to spend time comparing various databases of pricing and other information. And because back office systems, handheld devices and planograms are integrated, store layout is more accurate and consistent.

In addition, the ECS system facilitates accurate and timely promotions planning. That protects margins by ensuring price changes occur when they’re supposed to. The ECS system also enables store employees to handle more price changes and similar work on the sales floor, rather than in a back office, Buchanan says. Many retailers are shifting traditional back-office applications to mobile solutions, so store associates can change signs and other media from the sales floor.

“Nothing has the flexibility of ECS,” says David Herman, a business growth and transformation specialist with Axsia, a consulting firm focused on the hotel, tourism, entertainment and retail industries across the Asia Pacific region.

Herman worked with ECS when he was with Pets Are Home, an Australian retailer. The ECS system allowed Herman and his colleagues to stop manually printing signs for weekly promotions — previously a manual process that often kept them working until the early morning hours. The system also meant customers had better information on products and promotions.

“We could reinforce key messages, and that translated to increased sales,” he says. “To me, it’s a game changer.”

Karen Kroll is a business writer based in Minnetonka, Minn. 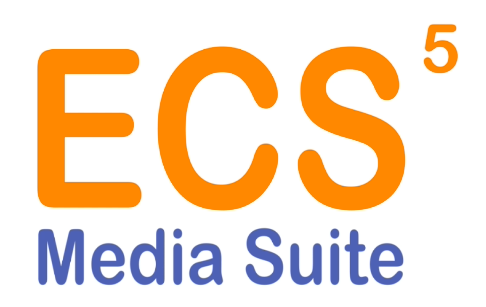